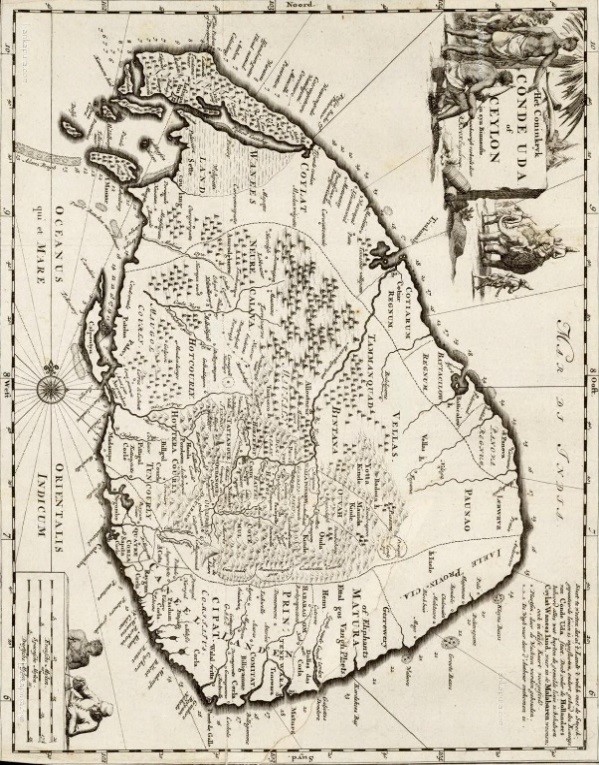 Sri Lanka is a teardrop shaped island in the Indian Ocean and is blessed with all the ingredients for a perfect sun and sand holiday. The endless golden sand beaches trimmed with palm trees, the sparkling blue Indian Ocean waters, and the warm and tropical year-round climate is just perfect for whenever you want to enjoy the beach. These are actually just the basics…and we’ve definitely got them right. But if you’re looking for a deeper experience on your beach holiday with a mix of relaxation, privacy, seclusion, fun, excitement, adventure and an opportunity to truly mix with the culture of the country and its people then Sri Lanka is possibly among one of the few countries in the world with the ideal beach holiday concoction.

Arrive at the Colombo International Airport. Our tour representative will meet and transfer to your hotel in Negombo. 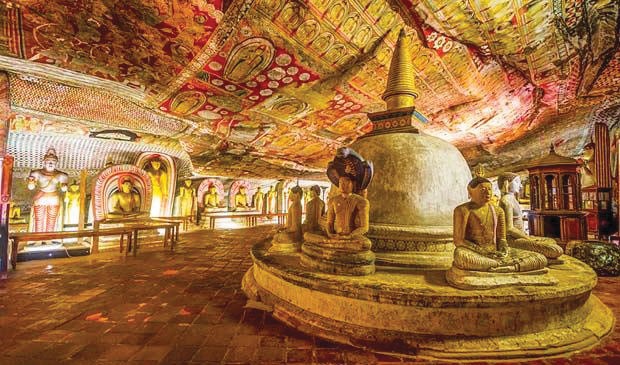 Dambulla Cave Temple also known as the Golden Temple of Dambulla is a World heritage site in Sri Lanka, situated in the central part of the country. This site is situated 148 kilometers east of Colombo and 72 kilometres north of Kandy. Dambulla is the largest and best-preserved cave temple complex in Sri Lanka. The rock towers 160 m over the surrounding plains. There are more than 80 documented caves in the surrounding area. Major attractions are spread over fine caves, which contain statues and paintings. These paintings and statues are related to Gautama Buddha and his life. There are a total of 153 Buddha statues, three statues of Sri Lankan kings and four statues of gods and goddesses. The latter include Vishnu and the Ganesha. The murals cover an area of 2,100 sq. ft. depictions on the caves include     the temptation by demon Mara. And Buddha’s first Sermon.

Prehistoric Sri Lankans would have lived in these cave complexes before the arrival of Buddhism in Sri Lanka as there are burial sites with human skeletons about 2700 years old in this area, at Ibbankatuwa near the Dambulla Cave Complexes.

After Dambulla Cave temple proceed to Sigiriya for overnight stay 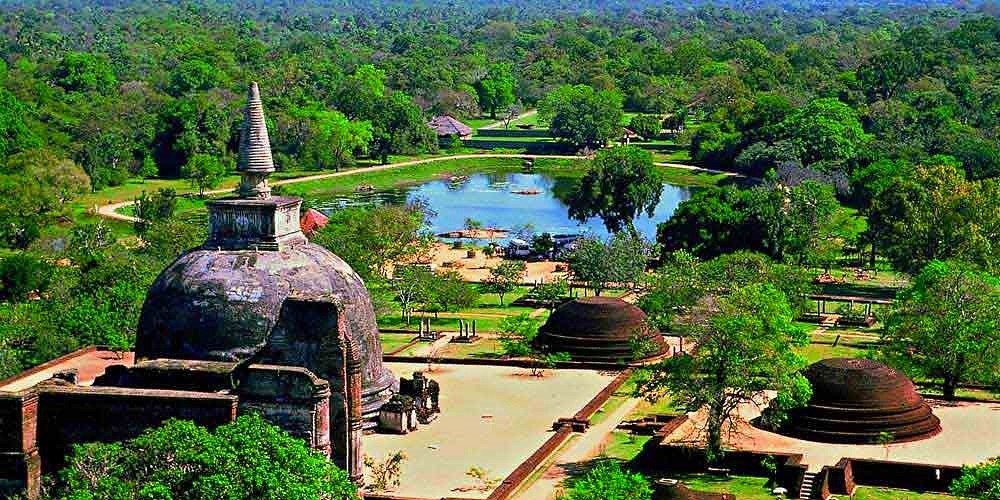 The city, now a World Heritage site, was the centre of Theravada Buddhism for many centuries. The city lies 205 km north of the current capital of Colombo in the North Central Province, on the banks of the historic Malwattu river. It is one of the oldest continuously inhabited cities in the world and one of the eight World Heritage sites of Sri Lanka.

It is believed that from the fourth century BCE until the beginning of the 11th century CE it was the capital of the Sinhalese. During this period it remained one of the most sable and durable centers of political power and urban life in South Asia. The ancient city, considered sacred to the Buddhist world, is today surrounded by monasteries covering an area of over 16 square miles. 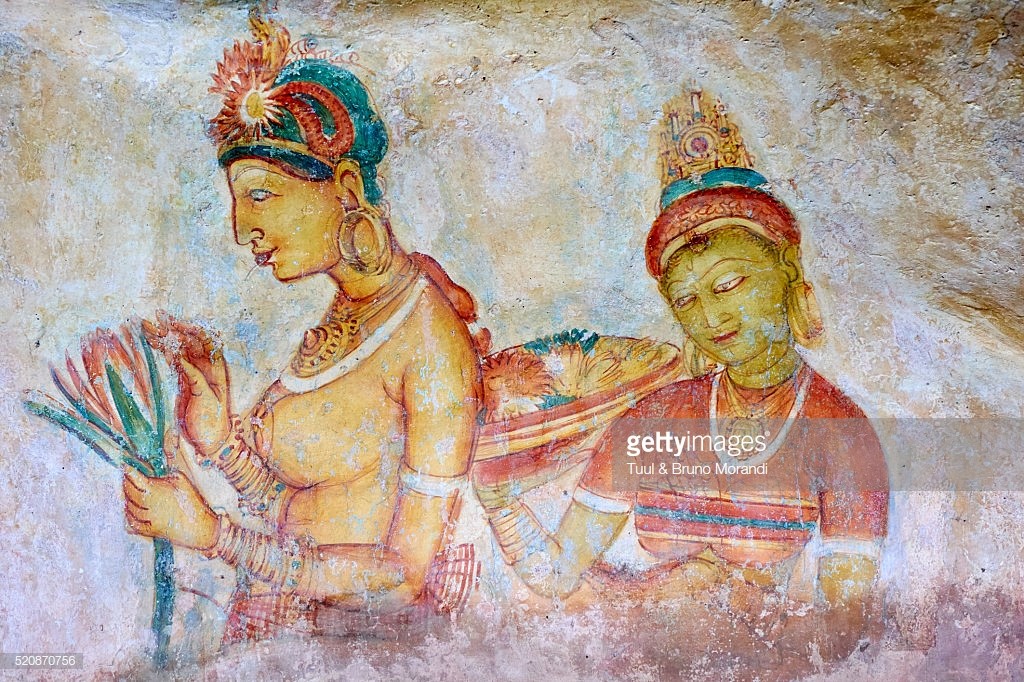 Sigiriya or Sīhāgiri is an ancient rock fortress located in the northern Matale District near the town of Dambulla in the Central Province, Sri Lanka. The name refers to a site of historical and archaeological significance that is dominated by a massive column of rock nearly 200m high. According to the ancient Sri Lankan chronicle the Culavamsa, this site was selected by King Kasyapa for his new capital. He built his palace on the top of this rock and decorated its side with colorful frescoes. On a small plateau about halfway up the side of this rock he built gateway in the form of an enormous lion. The name of this place is derived from this structure – Sīhāgiri, the lion rock. The capital and royal palace was abandoned after King’s death. It was used as a Buddhist monastery until the 14th century.  Sigiriya today is UNESCO listed World Heritage Site. It is one of the best preserved examples of ancient urban planning.

The second most ancient of Sri Lanka‘s kingdoms, Polonnaruwa was first declared the capital city by King Vijayabahu I, who defeated Chola invaders in 1070 to reunite the country once more under a local leader.

The city tour includes a visit to the famous ‘Dalada Maligawa’ (Temple of the Tooth Relic), the main Kandy Market, a spice garden, the gem museum and other interesting places. You will also see the beautiful manmade Kandy Lake which is located close to the Temple.

Sri Dalada Maligawa or the Temple of the Sacred Tooth Relic is a Buddhist temple in the city of Kandy, Sri Lanka. 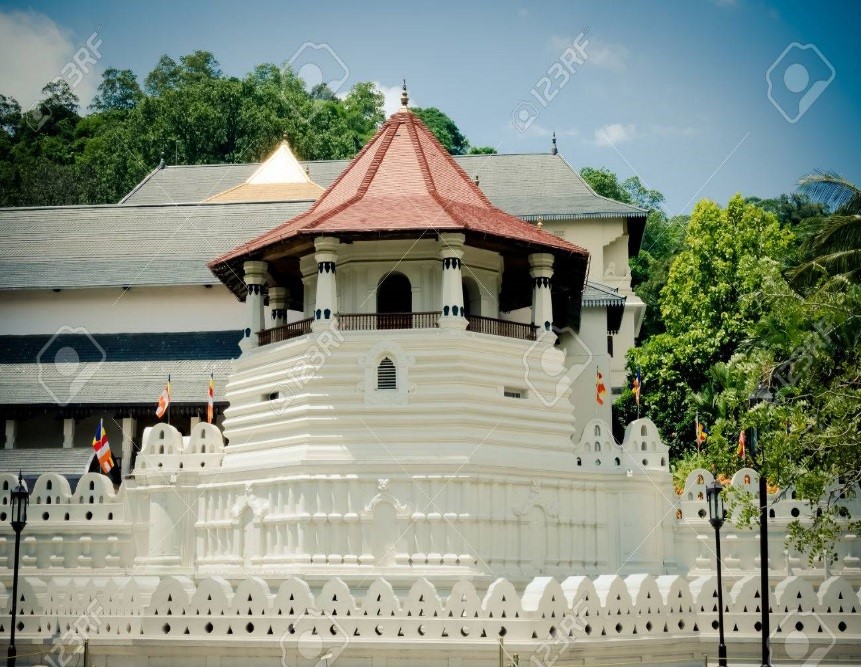 It is located in the royal palace complex of the former Kingdom of Kandy, which houses the relic of the tooth of the Buddha. Since ancient times, the relic has played an important role in the local politics because it is believed that whoever holds the relic holds the governance of the country. Kandy was the last capital of the Sri Lankan kings and is a World Heritage site mainly due to the temple. Bikkhus of the two chapters of Malwattu and Asgiriya conduct daily worship in the inner chamber of the temple. Rituals are performed three times daily: at dawn, at noon, and in the evenings. On Wednesdays there is a symbolic bathing of the relic with an herbal preparation made from scented water and fragrant flowers called Nanumura Mangallaya. This holy water is believed to contain healing powers and is distributed among those present.

After Breakfast do the Colombo city Tour and transfer to airport for your departure.

Colombo City Tour –Colombo is the commercial capital and largest city of Sri lanka. According to the Brookings Institution, Colombo metropolitan area has a population of 5.6 million, and 752,993 in the City Proper. It is the financial center of the island and a popular tourist destination. It is located on the west coast of the island and adjacent to the Greater Colombo area which includes Sri Jayewardenepura Kotte, the legislative capital of Sri Lanka and Dehiwala – Mount Lavinia. Colombo is often referred to as the capital since Sri Jayewardenepura Kotte is within the urban area of, and a suburb of, Colombo. It is also the administrative capital of the Western Province and the district capital of Colombo District. Colombo is a busy and vibrant place with a mixture of modern life and colonial buildings and ruins. It was the legislative capital of Sri Lanka until 1982.

Due to its large harbour and its strategic position along the East-West sea trade routes. Colombo was known to the ancient traders 2,000 years ago. It was made the capital of the island when Sri Lanka was ceded to the British Empire in 1815 and its status as capital was retained when the nation became independent in 1948.Famous landmarks in Colombo include Galle face Green, Viharamahadevi Park, Beire Lake, Colombo Rececourse, Planetarium, Mt.lavinia Beach, Nelum Pokuna Theater, Colombo Lotus Tower as well as the National Museum.